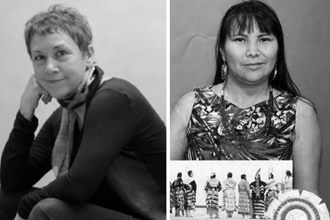 Part III of BeyondTaos’s series* about Taos artists showing elsewhere is all about women. These five artists are women I regularly communicate with, so I present here their current projects in their own words – with some background information pulled from my years of following their work.

Agnes Chavez and I work together on The Paseo team, a project that embodies her focus on art created with technology and her work with kids using STEM concepts and arts. Annell Livingston walked into my office at Webb Design about 8 years ago asking for help with a new website, which turned out to be one of the most elegant we ever built, thanks to her refined and minimalistic aesthetic. I met Debbie Lujan through her photography of Taos Pueblo, but only recently learned she is also a concert violinist with San Juan Symphony Orchestra.TJ Mabrey is a sculptor I’ve known for just a few years but have known of her for decades, through our mutual friend Nancy Pantaleoni. Ani Garrick is my most recent acquaintance of the five, having moved here just last year from central California (we’ve discovered we attended the same art school!).

*Take a look at Taos Artists Exhibit Beyond Part I, posted in February, and Part II, posted in June.

“This fall, I’ll begin a collaborative project at the CERN Data Center in Geneva Switzerland, working as Artistic Director with a team of engineers, physicists and programmers at CERN. I’ll be working on a concept and feasibility study for FLOW, a permanent and immersive installation to visualize the ‘flow of data’ from the Large Hadron Collider, while beautifying the lobby and stairwell.

“I am fascinated with projection art and data visualization. I work at the intersection of art, science, technology and education and always organize youth workshops in conjunction with my installations. For example, I partner with ATLAS@CERN on the Projecting Particles workshops for 6-8th grade students to explore projection art and particle physics. This project along with my installation, Origination Point was featured at the Havana Biennial in Havana Cuba in 2015. This year the Projecting Particles project  was presented as a poster session at the ICHEP conference in Chicago as a sci-art learning model. You can read about the Projecting Particles project here.“

Agnes is a Cuban American artist born in New York and educated at the California College of Arts and Crafts.  She has traveled to Switzerland for a series of research stays at the ATLAS Experiment at CERN which continues to inform her current work. Last month she was a panelist at an NEA convening in Washington DC, “Creativity Connects: Trends and Conditions Affecting US Artists.” Two hundred artists and arts organizers met by special invitation; just two were from New Mexico.

Agnes has lived in Taos since 1986 as an artist, educator and entrepreneur  having developed various bilingual, and multi-genre learning programs. Her business is SUBE Inc, which developed STEMArts, a learning system that brings science, technology, engineering and math together with art for young people in local schools. She is co-director of the Paseo Project here in Taos.

“Here’s another exhibit. It was juried by Katherine Chang Liu. My work was given an award. (I don’t know what?)”

It sure did! Annell’s modesty is amazing. Her piece, Fragments Geometry and Change #171, received the James C. Harrod and Terrey Harrod Award, selected out of over 500 entries.

Annell Livingston grew up in Houston, Texas, and attended several art schools there – Glassell School, Museum of Fine Arts, the Lowell Collins Art School, and the University of Houston.  She also studied at Louisiana Tech. She moved to Taos in 1994 where she says she can better control her distractions. While her Houston-made work was about the urban experience, the work made in Taos is inspired by the high desert landscape, the light, and the cycles of the seasons.

Annell is also a writer, a poet, and her website serves words with each artwork.

“I was selected to participate in an upcoming Native Art Market at the Smithsonian Museum of the American Indian in Washington, DC. This is probably one of the most prestigious art shows next to Santa Fe Indian Market because they only accept 35 artists.”

Debbie Lujan is a Taos Pueblo resident. She studied at the University of New Mexico. Her photography is in the collection of the Harwood Museum of Art in Taos and has been exhibited throughout the Southwest.

Debbie is an accomplished violinist who plays in two regional symphonies and is a co-coordinator of the Annual Taos Pueblo Pow Wow.

Her work will also be represented in SWAIA Winter Indian Market in Santa Fe, December 16-18 at Hotel La Fonda.

“I am excited to have work included in “small” an exhibition guest-curated by Ann Landi, founder and editor of vasari21.com. She is also a contributing editor for ARTnews, the author of numerous catalogue essays, and a frequent reviewer for The Wall Street Journal. In pointed contrast to the tendency toward large-scale statements in contemporary art, “small” focuses on artists who produce work on a diminutive scale – often no larger than three to ten inches on a side.”

What I know about TJ Mabrey is that she was born in Texas, graduated with a fine art degree from Oklahoma State University and has lived and worked all over the world (South America, Cairo, Singapore), maintaining a sculpture studio in Pietrasanta, Italy for many years. She and her husband Stephen moved to Taos in 2014.

“It is with joy of the labors of love that I share news that 3 of my latest porcelain pieces are to be included in an upcoming exhibition at Santa Fe Clay.  It is the first public sharing of my work here in the Southwest and I am honored to be in the company of some of the fine talent that I was fortunate to meet and work with earlier this year.  If you will be in Santa Fe anytime during the installation, please stop by.

“Here in Taos meanwhile, I am participating in a wood and charcoal firing in the next weeks and I will look forward to sharing the results of this much-anticipated endeavor before the end of the year.  It will be inclusive of some of the work that I have made since arriving here last fall and which I will continue to make and to challenge myself further to do so in the times ahead.

“So, onward in our labors of love, whatever they may be, and may we all find hope and fulfillment and a re-kindling of our spirits with the passing of these challenging days!” 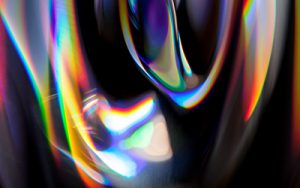 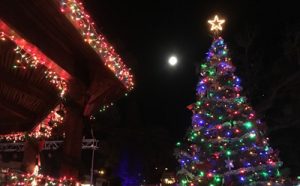 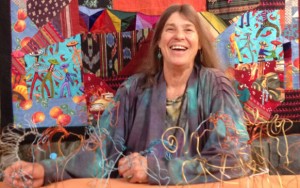