Last week I visited the Grand Canyon with my sister. It was my first visit there since the sixth grade. We had the spactacularly good fortune to see the Canyon one day in all its vast glory and the next day covered in snow.

One agenda item was to surprise Taos artist Kathleen Brennan in her artist-in-residency role at the Grand Canyon South Rim Village. When we arrived at the Kolb Studio (a 100-year-old five-story house built into the rim of the Canyon), GCA docent Carla told us Kathleen and Kat had gone back to Taos. “Kathleen hoped all three weeks she was here to see the Canyon in snow – and here it is!” So true. It was snowing like crazy outside the windows and the Canyon was filled with clouds that looked like whipped cream.

Kathleen spent her time at Grand Canyon focused on the night skies and on the effects of fire and water (the lack thereof) on the park’s vegetation. Take a look at Kathleen’s blog posts during her residency, then read the local paper’s interview with her.

Another Taos artist who’s taking his process out on the road is Logan Wannamaker. He will be an instructor this spring at a wood fire workshop on Dan FInch’s Blueberry & Bluebird Farm in Eastern North Carolina. The workshop runs from May 17 to 30. Participants learn about ash, flame path, and color in one of the most impressive kilns in the United States. Learn more about Logan’s art.

Annell Livingston’s luminescent gouache-on-paper geometric paintings are in a one-woman exhibit at the O’Kane Gallery of the University of Houston. The show, titled Fragments, Geometry & Change hangs through March 17, 2015. See more of Annell’s work then visit the O’Kane Gallery.

Annell is also showing now at Wheelhouse Gallery in Houston (through April 10) and at Ellsworth Gallery in Santa Fe (through May). Pictured, Fragments Geometry & Change #140, gouache on watercolor paper

Taos ceramic artist Hank Saxe is currently showing in Santa Fe at 333 Montezuma Gallery in a group show called “Coloring Outside the Lines.”  The exhibit is on view through May 30, 2015. Pictured, a view of the gallery with Hank’s extruded clay sculptures. 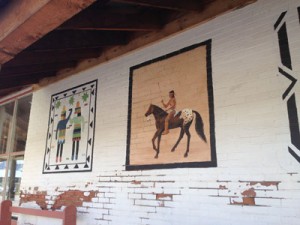 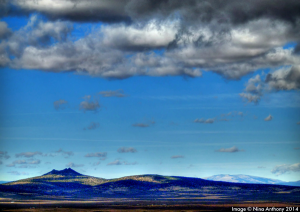