Last St. Patrick’s Day there was an event that was probably the most feel-good, joyful art gathering I’ve ever experienced in Taos. It was called Sight Unseen and it will happen again this year on Sunday March 16, 2014.

Here’s how it worked: TCA provided 6-by-8 inch canvas boards to 60 artists who each agreed to paint, draw, collage, print, or embroider the canvas and return it, signed only on the back side. The works were hung in TCA’s Stables Gallery under the strictest secrecy. On the appointed day, 4:00pm, several hundred collectors, including many of the contributing artists, gathered in the Encore Gallery just across the parking lot on the TCA campus. Wine, hors doeuvres, conversation, speculation on whose art will be unveiled.

At 5:00pm the crowd heads over to the Stables. Like Macy’s on Black Friday, the anticipation is contagious. Doors open, the art-crazed crowd fills the gallery and rushes to the walls where a single row of the small canvases is mounted at eye level all around the room. Artists’ names are not visible, just ID numbers on post-its. White-gloved docents carry selected artworks to the cashier’s table where each collector pays $125 per canvas, then learns the name of the creator of their new masterpiece.

All 60 artworks were sold in half an hour! It was great fun, TCA cleared over $6000, and 60 collectors got real bargains.

I snatched a piece embroidered with the Melville character Bartleby’s memorable statement, “I would prefer not to.” The red letters are stitched on bright yellow fabric stretched over the canvas board. The signature on the back? Linda Michel-Cassidy, artist, writer and my fellow SOMOS board member. It hangs in my living room to the right of the fireplace.

This year over 90 Taos artists have committed to embellishing a canvas board for the benefit of TCA. Each canvas will be priced the same: $125.  Some of the participating artists:

If you’d like an original work of art by one of these celebrated Taos artists, I recommend you attend!

TCA– Taos Center for the Arts – has a mission statement that describes its core goals: “The Taos Center for the Arts, as arts council, public leader, partner and catalyst inspires creative expression throughout this diverse community by providing facilities and programming and education in the visual, performing and media arts.”

TCA manages and provides programming for Taos Community Auditorium, including a weekly indie film series, music concerts, Live from the Met in HD opera, and live theatrical performances both local and national. Learn more at TCAtaos.org. 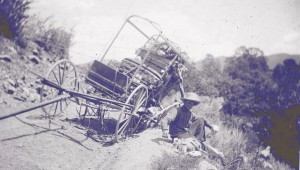