Yesterday was the opening day of three new exhibitions at the Harwood Museum of Art here in Taos. They present work by three very different artists, all of whom called Taos home during their most creative phases.

All three artists are deceased. Seeing pieces selected from throughout their lifetimes of visual storytelling is a striking demonstration of the beauty and power of a life lived in pursuit of creative exploration.

Marylou Reifsnyder (1922-1990) never exhibited in her lifetime, her daughter said during the preview reception. She was a self-taught artist who used paint, ink, wood, and poetry as the media to explore mystical philosophies. Her work, The Picture Book of Days, hangs in the Foster gallery. The thirty or more mixed media paintings on paper are, “derived from ‘automatic’ drawings that Reifsnyder did around 1962. In automatic drawing, the hand is allowed to move randomly, rather than deliberately, across the paper. Hence the drawing produced may be attributed in part to the subconscious. It was thought by some Spiritualists that automatic drawings were created by spirits acting through the artist’s body.”

In fact, the artist herself explains the work with a simple statement: “There were angels around me, and I made pictures of them.”  See work from this exhibit.

Louis Ribak (1902-1979) was a modernist who moved from New York City to Taos with his wife, artist Bea Mandelman, in the mid forties just as World War II was ending. Their move to Taos caused a migration of like-minded artists similar to what happened in 1898 when Phillips and Blumenschein discovered Taos, and again in 1919 when Mabel Dodge moved her avant-garde salon to Taos.

The Ribak exhibit is titled Clouds Got In The Way. It presents a couple dozen large—about six-feet tall– ink drawings on paper, called scrolls but presented flat and framed. The works were all created toward the end of his long and prolific career and show his move toward abstraction and a Zen-like combination of mind, body, and brush. One can imagine that the execution of these pieces was a result of rigorous dance-like movement. See work from this exhibit.

The curator, John Mulvany, has chosen to display Ribak’s own collection of Japanese calligraphy and woodblock prints as clue to where the artist’s focus was during the time he painted these works.

Bob Ellis (1922-2014) was director of the Harwood Museum for a number of years and head of the UNM art department in Albuquerque before moving to Taos. The works in this exhibit called The Endless Race span Bob’s entire career. The earliest pieces are from the late 1940s; the most recent is dated 2012. All the works use the imagery of a carousel to symbolize the human life cycle. A real carousel pony sits in the center of the room and was obviously the model for many of the abstracted works.

Curator Gus Foster comments on the series: “Work from the carousel series integrates the formal characteristics of Cubism, which aims to represent subjects from multiple points of view.  The series is also influenced by Futurism, an early 20th century artistic and social movement that glorified themes associated with the future such as speed, technology, and vehicles such as cars and airplanes.  Finally, Ellis was familiar with and inspired by Paul Verlaine’s 1872 poem Chevaux de Bois (Wooden Horses).” (Read it!) See work from this exhibit.

My photos of the exhibition will give you a sense of scale but no idea of the sophistication and beauty of the artworks themselves. Visit the museum! It’s open daily except Mondays, 10:00am to 5:00pm. 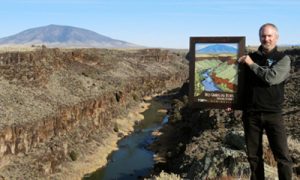 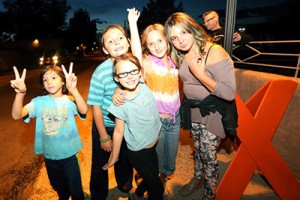 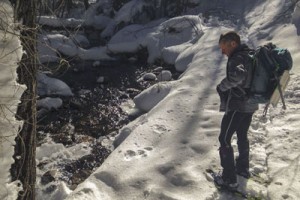