Last summer, six lucky students from Ohio Wesleyan University’s Department of Fine Arts spent nearly three weeks visiting the studios of some of northern New Mexico’s most celebrated artists. It was all part an innovative travel-learning initiative designed to help students connect academic theory with real-world practice by providing them with hands-on curating skills. The result is “New Work / New Mexico,” an exhibit featuring 24 artists from northern New Mexico and two from Albuquerque.

“The artists that were specifically selected by our student group were some of the most insightful, spiritual, and life-changing individuals we met on our trip,” says Catie Beach, one of the students who participated in the project. Beach says the exhibition represents “an informative collection of regionalist art as well as a collective portrait of New Mexico’s unique culture and environment.”

Justin Kronewetter, Director of the university’s Richard M. Ross Art Museum, wrote the Theory-to-Practice grant that funded the trip. Kronewetter also teaches the Gallery Management class at OWU from which the participating students were selected. He says the trip provided the students with invaluable experience that will eventually help them transform their classroom learning into fine arts careers.

“The student museum-exhibition program, under the guidance of Justin, offered students a rare opportunity to view the landscapes and cultures of northern New Mexico, and to visit the private studios of many artists from the region, which is an important component to mounting a museum exhibition,” says Deborah Rael-Buckley, one of the many Taos artists featured in the show. “It’s an exciting and challenging program,” adds Rael-Buckley.

Jennifer Lynch, another Taos artist featured in the show, noted that “The students were very inspired from the experience of meeting the artists in their creative environment and seeing how the environment was reflected in the art, the process, and the personality of the artist — a great realization for a young curator.”

Kronewetter got to know many art professionals in the Santa Fe and Taos area over the course of teaching an Ohio Weleyan University summer photography program that was run out of the College of Santa from 1975 to 2006. Kronwwetter says he loves the Land of Enchantment and wanted to introduce the rich artistic legacy of the state to his students – many of whom had never traveled west of the Missippi. “New Mexico’s Albuquerque, Santa Fe and Taos art communities comprise the third leading art market in the United States,” he says, adding that only the New York and Los Angeles art markets are larger.

“New Art / New Mexico” is the culmination of months of behind-the-scenes planning by the students. The exhibition will be on display at the Ross Art Museum located on the OWU campus in Delaware, Ohio, about 30 miles north of Columbus. The show opens February 11th and runs through March 30, 2014. Several of the artists will be traveling from New Mexico to Ohio to speak about their work in presentations that will be free and open to the public.

Featured artists, many of whom are from the Taos area, are listed below in alphabetical order:

If you’re familiar with these artists, you can see that they represent a wide variety of genres: painting, sculpture, printmaking , photography – and diverse mediums: canvas, paper, wood, clay. The show not only promotes the amazing work that our northern New Mexico community is producing, it celebrates the collective creativity of artists whose works , though deeply rooted in New Mexico’s unique culture and environs, have a relevancy and meaning that reach well beyond our state’s borders.

I have a bit of a personal connection to this show as I was born a Buckeye in Cleveland, Ohio. My father and sister currently live in Columbus, Ohio. I’ll be encouraging them to make the short drive to attend the show as they are both admirers of northern New Mexico’s diverse culture and art.

Fortunately, I live in northern New Mexico, so, I will just have to make a point of visiting some of these talented artists’ galleries in person. Sometimes, we Taoseños need to be reminded of the diversity of talent residing in our own backyard! 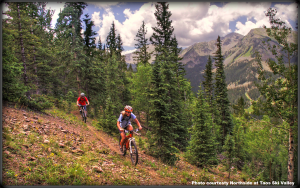 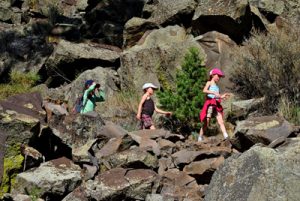