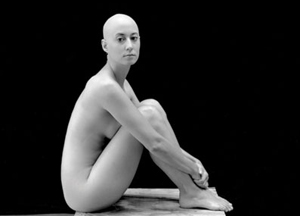 February 4, 2018 – From its founding in 1923 by Lucy Case Harwood, the Harwood Museum of Art in Taos has acquired thousands of works by artists who experienced the landscape and peoples of Taos and northern New Mexico. Many of the works are by women artists. Yet, as with most U.S. museums, the Harwood has displayed mostly art by men. The Harwood Collection: Work by Women (February 10th- May 13th, 2018), is overdue.

Museum Director Richard Tobin notes that “all the women artists in the Harwood collections are essential to the living legacy of Taos arts. Their work is part of a complex narrative shaped over centuries by the confluence of Native American, Hispano, and Anglo cultures – all against the towering landscape of Taos and the Taos aesthetic—a mingling of sublime and humble, of high and low styles—is evident in the landscapes of Mary Blumenschein (1869-1958) and Blanche Grant (1874-1948), in the abstract grids of Agnes Martin (1912-2004) and biomorphic work of Beatrice Mandelman (1912-1998), and in the socially engaged paintings of Erin Currier (b. 1975) and the murals of Jolene Nenibah Yazzie (b.1978).”

Curators Kendall and Webb chose to group the artists under common themes found in the collection:

Taoseña Art. Several women in the collection have broken with the patriarchal tradition in religious art: Frances Varos Graves with her colchas, an art form she helped revive in the 1940s; Anita Rodriguez with her altar to the healing process; and Maye Torres’s contemporary rendition of La Pietå.

The Women of the Taos Society of Artists. Work by Women features three paintings by Catharine Critcher, the only female artist voted into the Taos Society of Arts. The Critcher paintings are on loan from Taos Art Museum at Fechin House, New Mexico Museum of Art, and San Antonio Art League Museum. Also on exhibit are works by wives of the more familiar male artists of the TSA era: Mary Blumenschein, Mary Ufer and Lucy Case Harwood.

The Three Muses. In 1918, Mabel Dodge Luhan’s salon brought D.H. and Frieda Lawrence to Taos and the ultimate girls’ club, “The Three Muses” was born. Mabel, Frieda and Lady Dorothy Brett, along with Georgia O’Keeffe (unfortunately not yet in the museum’s collection) and Rebecca James, dreamed of a new utopia in the west. Their collective output has contributed significantly to the history modernism in the Southwest.

The Three Weavers. In the 1960s, three Anglo artists from the East Coast met in Taos. Rachel Brown, Joan Loveless, and Kristina Wilson together revived the nearly lost tradition of Rio Grande weaving. While creating their own modernist-influenced artwork in fiber, they founded and nurtured wool cooperatives in Los Ojos and Arroyo Seco, New Mexico. Brown, Loveless, and Wilson were related by marriage; their grandchildren continue the weaving traditions in this area.

The Harwood hopes that in acknowledging work by women artists, the Work by Women exhibition will spark conversation about longstanding cultural and economic biases. To this end, there will be artist panel discussions, lectures, and films about the artwork on the walls and the lives of the women who have made that art. At least one dramatic reading on woman’s place in society is also planned. The dates and times for programs will be posted at harwoodmuseum.org/calendar. 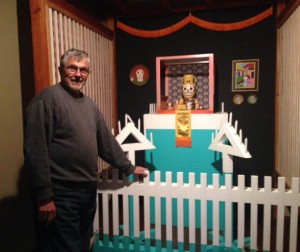 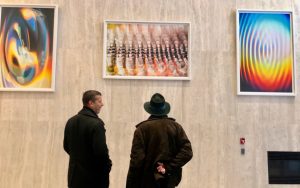