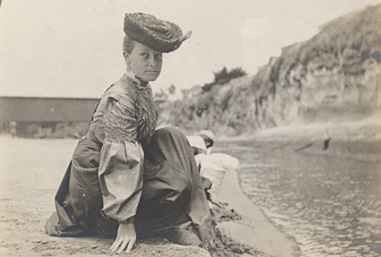 One person can change an entire community. Mabel Dodge Luhan did so here in Taos when she arrived in 1919 and proceeded to bring a string of modernist intellectuals to the area. Actor/artist Dennis Hopper and the hippie counterculture of the 1960s brought changes to Taos that are still controversial. Recently, Sue Carol Francis changed Taos through a bequest to SOMOS, the literary society of Taos, that enabled the organization to purchase a home for words right in the center of town.

The Harwood Museum of Art is poised to tell the story of a woman who first came to Taos in 1940 and quietly changed lives and the creative community of Taos with an artist residency program that continues today. Many of the artists who came to Taos for a residency stayed and have added to the creative fiber of the community.

That woman was Helene Billing Wurlitzer and here is her story, presented as an illustrated timeline. (Thank you to the Wurlitzer Foundation for the photos!)

1874
On December 15, Helene is born in Salt Lake City to German immigrant Gustav Billing and Henriette Schneider Billing, a Cincinnati, Ohio physician’s daughter. The couple is in Utah establishing a mining smelter funded by Ohio investors.

1878
The family moves to Colorado to oversee the operation of a silver and lead smelter in Leadville.

1880
Gustav Billing purchases a mining operation in Magdalena, New Mexico just west of Socorro and soon moves his family to that city. Due to the silver boom, Socorro has a population that exceeds both Santa Fe and Albuquerque. Helene thrives in the care-free outdoors of the high New Mexico desert.

1888
Helene’s sister Ilse is born in Ohio and the family soon moves to Germany, her father’s home, so the children can have a better education.

1890
Gustav dies unexpectedly and within a few years Henriette moves the family back to Cincinnati and proceeds to run the family mining business herself. She is an astute business woman and takes her daughters to New Mexico twice each year to inspect the mines. During these years, Helene meets Howard Wurlitzer, whose family manufactures musical instruments.

1895
Helene and Howard marry in a large German wedding. While Howard runs the Wurlitzer business, Helene studies and pursues artistic endeavors, with much of her energy spent on Cincinnati College of Music. The couple has three children, Raimund, Ilse Louise and Valeska.

1924
Daughter Ilse Louise dies at 26 from epilepsy, a result of being hit in the head with a rock thrown by a misguided lad.

1926
Howard dies at age 50 and his cousins take over the thriving Wurlitzer business, by this time famous for its pianos, organs and jukeboxes.

1936
The Cincinnati College of Music appoints Helene its first woman trustee, a position she holds for 15 years. During this time, Helene meets Eduardo Rael, a young vocal scholarship student from Taos. She offers to pay his living expenses in exchange for Spanish lessons. This begins a lifetime friendship.

1939
Henriette Billing dies and Helene is for the first time in the position to decide for herself where she will live.

1940
Helene returns to New Mexico, place of her happy childhood memories. At Eduardo’s urging, she visits Taos and becomes enchanted. She purchases 14 acres of land near Taos Plaza and returns each summer for 15 years, at which time she stays in Taos fulltime.

1942
Her adobe home, built by Arturo V. Martinez y Salazar, is completed and she moves in. The lintel over the front door is inscribed with the statement, “Built in the 11th Hour, 1942.” Some say the reference is to World War II. Other believe the meaning references Hopi elder stories. Only Helene knows. Throughout the 40’s Helene supports artists including Ansel Adams, Earl Stroh, Andrew Dasburg, Patrociño Barela, Tom Benrimo, Ira Moskowitz, Emil Bisttram and Dorothy Brett.

1950
Helene meets a young academic, Henry Saurerwein III, employed for ten years by the Pentagon in Maryland. He and his partner Burton Phillips have recently left their government employment and moved to Taos. Helene and Henry become close friends with a common interest in art, languages and music.

1954
With Henry’s help, Helene establishes the Helene Wurlitzer Foundation with a mission to provide residencies and stipends for artists, writers and musicians. The first artist to receive a stipend grant is Agnes Martin. The board of directors includes community members from all three cultures.

2015
Nic Knight becomes the foundation’s third director and takes on the monumental task of digitizing archival materials and creating a database of the nearly 2000 residents who have stayed in one of the foundation’s eleven casitas. As of this exhibition, artists from 1985 through 2018 have been documented on www.wurlitzerfoundation.org.

2018
First art exhibition of alumni of Helene Wurlitzer Foundation residency program opens at Harwood Museum of Art in Taos on November 3. It will continue through May 5, 2019.

The text of this webpage is available for modification and reuse under the terms of the Creative Commons Attribution-Sharealike 3.0 Unported License and the GNU Free Documentation License.

The Helene Wurlitzer Legacy
Alumni from the Harwood Collection
Harwood Museum of Art in Taos
November 3, 2018 to May 5, 2019

The Helene Wurlitzer Foundation
Supporting the artist and the creative process
An artist residency program in Taos, New Mexico 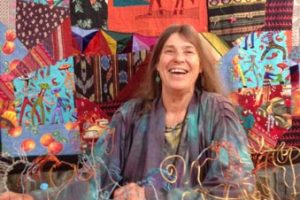 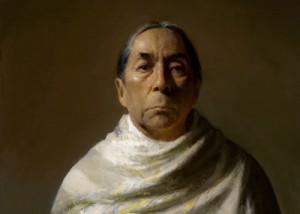