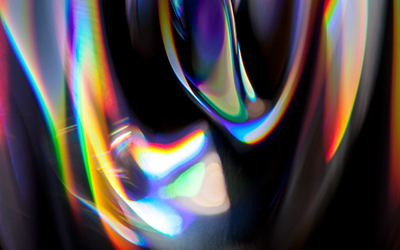 April 19, 2018 – Two generations of Taos artists are part of an exhibition that opens this month at Vivian Horan Fine Art on 67th Street in New York. The gallery’s press release, presented here, followed by images supplied by the artists, addresses the continuum of art in Taos and how connected this New Mexico community is to what has, and is, happening in urban art centers.

This exhibition must be prefaced with a quotation from that famous New York salonnière, Mabel Dodge Luhan, who ultimately moved to Taos, New Mexico and transformed the town into an international destination for artists – many of whom were Dodge Luhan’s New York artist friends. Among her many New York credits, Mabel Dodge Luhan was one of the primary financial supporters of the famous Armory Show of 1913 (officially the International Exhibition of Modern Art) – the art exhibition that (as they say) “rocked the art world” and permanently transformed how art would be perceived in the United States.

“I found out that the sunshine in New Mexico could do almost anything with one: make one well if one felt ill, or change a dark mood and lighten it. It entered into one’s deepest places and melted the thick, slow densities. It made one feel good. That is, alive.”

The exhibition includes a selection of work by artists who have continued the creative legacy of Taos from its early beginnings as an artists’ colony to the thriving artists’ community of today.

Taos: 1960s to Present includes works by the late luminaries Agnes Martin, Ken Price, and Dennis Hopper, and 1960s Southern Californian artists – Larry Bell, Price, and Ronald Davis – who brought the concerns of the mid-century Los Angeles art scene to Taos, and became pivotal influences for generations of artists working there. The contemporary artists in Taos give material form to their natural surroundings, and to their experiences living in an artists’ colony where art and life are inextricably intertwined. This life-as-art approach is exemplified by the multi-hyphenate output of J. Matthew Thomas, the mezcal-making of Ron Cooper, and the Earthship of Paul O’Connor.

The Taos Pueblo, nestled within the southernmost stretches of the Rocky Mountains, below the cerulean sky of the New Mexican high desert, is believed to be the longest continually inhabited community within the United States. The allure of the Taos Pueblo has captured American artists since the days of Westward expansion, with the first group of modernist painters deciding to stay there in 1898 after a broken wagon wheel forced them to spend time in the area. An official Taos Society of Artists was established in 1915, and the 1917 arrival of banking heiress, arts patron, and salonista, Mabel Dodge Luhan, all but guaranteed the area’s establishment as a center of art in the twentieth century.

Since the 1960s, Larry Bell has continued his investigations into light and space in Taos. On view, Bell’s early serigraph works Pink Ladies 1V, 1974 and Pink Ladies 4V, 1974 are juxtaposed alongside his later clear and gray glass paneled CUBE 27, 2008. These works have likely offered inspiration to fellow Taos artists primarily concerned with light itself including, Debbie Long, Ron Cooper, and Sasha Raphael vom Dorp, whose works transform light and sound into otherworldly photographs that both greatly reduce and expand one’s sense of place in the universe. For Ron Davis, issues of illusionism and opticality have remained central to his practice up until today. On view, Davis’ #110 Frame, 1968–69, is a radical early piece from his period of experimentation with the application of resin behind a fiberglass surface.

Lynda Benglis’s purified pigmented beeswax, resin, and gesso works on canvas including Snowed Santa Fe Octagon with Snowed Cross, 1993-1994, and Blue and Green Moon Cross, 1993, proved influential to contemporary clay artist Hank Saxe, who worked alongside both Benglis and Price. The aesthetic rapport between Saxe’s geologically inspired ceramics, the result of ongoing investigations into clay, color, and the organic shapes of the earth, and Ken Price’s iconic bulbous sculpture Fats, 1999, exemplifies the natural exchange that occurs in Taos’s tight-knit community where artists work in close proximity. The sculptures of Kevin Cannon—who along with Long spent time assisting Price in his studio— also carry a formal resonance with Price’s ceramics. At times employing glazing techniques he learned from Price, Cannon’s pristine surfaces simultaneously subvert the historical limits of leather as artistic medium while proposing new paths forward for the material.

Noted as a photographer, Paul O’Connor, whose work will be in this exhibition, has also created an award-winning book, Taos Portraits: Photos by Paul O’Connor. This book contains 60 portraits of Taos artists, taken over a period of 20 years.

The output of the Taos artists is both a mark in time and a winding labyrinth of visual and incorporeal explorations. For a group whose practices are so diverse in media and process, there is a shared tenacious approach to material, as well as a certain enigmatic sensibility—owing perhaps to the extreme and humbling beauty of their surroundings.